Recently I had an inquiry from a neighbor about how to improve their home network.

These first contacts are always a bit tricky because I don't know the source of their problems or how their home is laid out.

But my experience has taught me one thing - that ISPs (internet service providers) always come into a home, drop some useless WiFi router/modem into some remote room of the home and then leave. They do not make any effort to check signal strength anywhere that the customer will actually use the WiFi, and they definitely don't make any attempt to offer an ethernet wall jack anywhere to let the customer add to the network or plug in directly. In recent years, the ISPs have started offering band-aide solutions in the form of "mesh" boxes. These give the illusion of more connectivity, but they don't truly unlock the potential of the internet speed that you are already paying for. After some initial ideas of how I could help, I setup a time to meet at the house and see first hand what the problems were and present my thoughts for the best solution.


This is exactly why I offer a free consultation session - everyone's needs are different!

My expectation was that this home was going to need some sort of network cable(s) run in order to add a basic network skeleton and be able to install access points in key locations to blanket the home in real WiFi coverage.


When I arrived, I found the cable modem/WiFi router in the downstairs office room - no surprise. Its input was from a coaxial cable that came from the very typical "network" box found in an upstairs kids closet. (this will be important later). The output of the modem was some ethernet jacks as well as an activated VOIP port for the customer to have a home phone. That port was connected directly to a wireless phone base station. The ethernet was in turn connected to a "wireline" transmitter. These devices are used to jump the ethernet signal from one room to another using your electrical wall power wires. They do OK for getting a network signal to a hard to reach location. But in this case, this was the second problem after the modem being in a remote room.

In this case, the home owner was paying for 150Mb down / 20Mb up service. Not too bad these days. But, with useless WiFi, they couldn't use that or any other speed. But with that "wireline" approach, they were bottlenecked to 27Mb down.

At receiver end of the "wireline" was another older store bought WiFi router. Aside from being older, it was also the typical consumer grade product that most people would normally buy. These devices tend to bottleneck when more than one user is trying to heavily use them.

The overall approach was good, but it had no chance of ever working well enough to use the speed they are paying for.

And worse, the bottlenecked WiFi signal is still not reaching to their living areas.

Then I made my discovery!

In that "network" box upstairs I found an abandoned telephone distribution block. Since the ISPs now use VOIP, they never bother to even attempt to tie it back to this original distribution system. (which is super simple if you needed that these days) 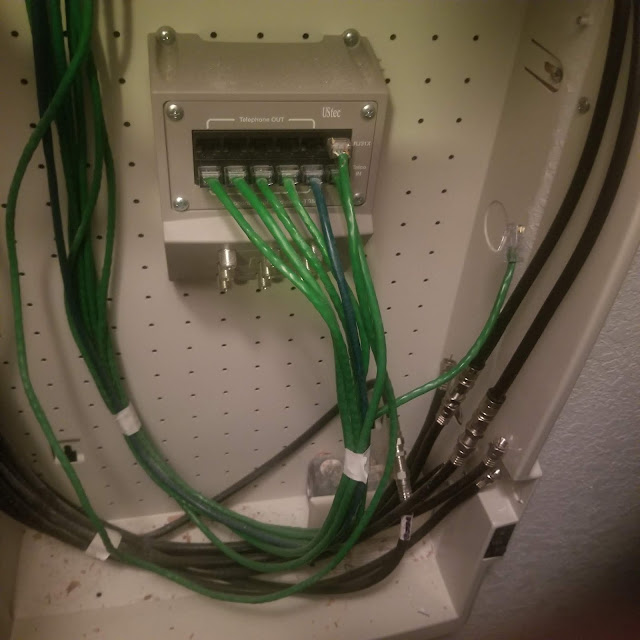 This home was built in the early 2000's and instead of old telephone wires, they used network wires!!
See those green wires plugging into that box?  Those have 4 pairs of twisted wires that go to various rooms in the house. At the other end, they only were using 1 pair for telephone jacks.

This was a treasure to find!
It meant that I could replace that phone distribution box with a network switch and then change the phone jacks (RJ11) into ethernet jacks (RJ45)  - and viola! - the makings of a skeleton network in this home! And because we are in an upstairs closet, I could easily run a new wire straight up into the attic to add more access points on the second floor!


At the other side of those green lines I had the option to either wire an access point directly, or use the network jack to add an additional small switch.

Why would I do that? Well, consider that one of those jacks was in the media room behind the TV - I could wire the TV and game consoles directly and not need to add traffic to the WiFi network!


But the real elegance of this plan was still to come.

With both the coaxial cable lines and this new network access, I could locate that cable modem in this box along with a UPS (uninterruptible power supply) and this could yield a network connection and WiFi even during short power outages!


So, take a look in your closet and see if you have treasure hiding there from a phone system you are no longer are using!

As part of my process, I sketch my ideas and then make a "schematic" of the connections as a sanity check that I am not missing anything and have the correct size switch, etc. 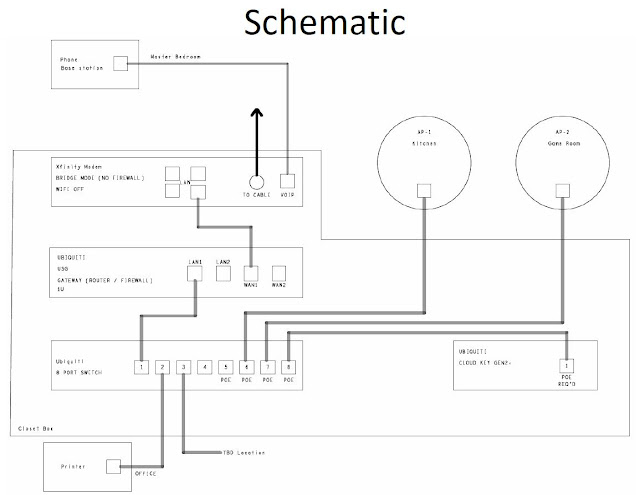 Then I also prepare a proposal for the owners to consider and discuss with me before we begin. It includes the estimate of hardware I need them to purchase using an Amazon list link, as well as estimates for my time. 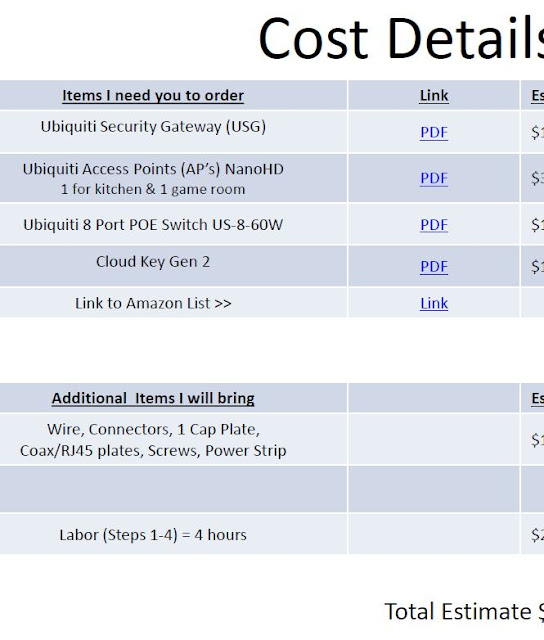 I keep things real up front, no hidden costs. I just am trying to help people use the potential of the internet they are already paying for!

As you can see, I am very pleased with the Ubiquiti Unifi line of products. These are considered "Enterprise" grade level and I will link to several products below.
BTW, I do not represent Ubiquiti, I am just a geek who loves their products and want to share what I have discovered!

Contact me if I can help you step up your network game! 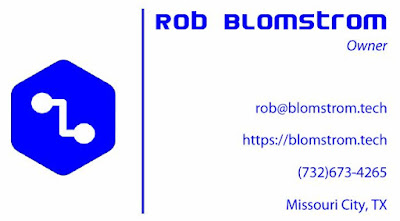 About Me (and my network tech journey)... 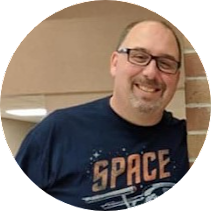